We have uploaded more stuffs onto our Cafepress store site

Cafepress offer 20%off if your order exceeds $50. Offer ends today so get in there!!

You will need to enter the discount code "MEMORIAL" when you check out. 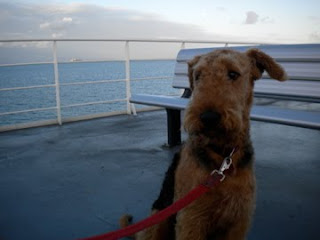 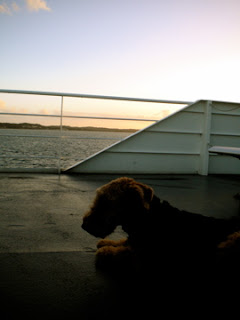 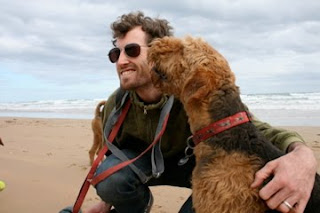 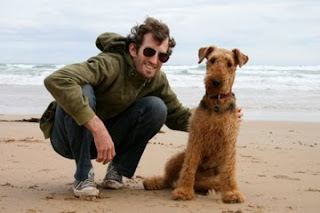 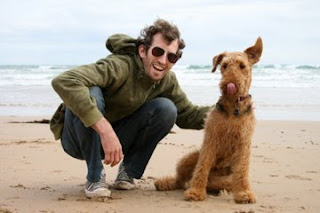 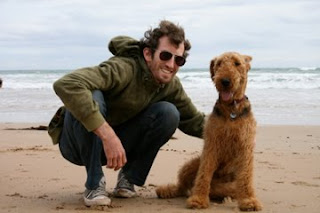 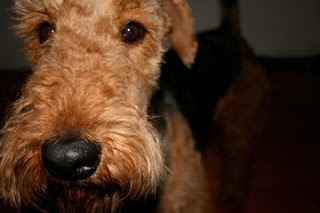 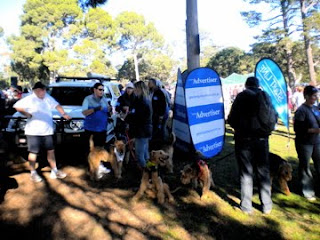 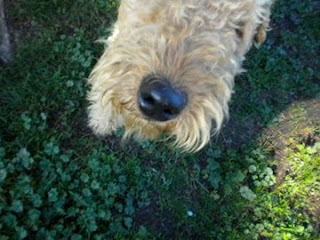 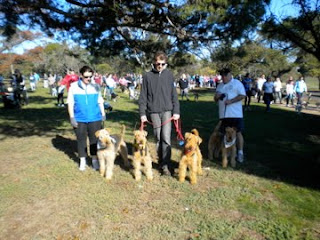 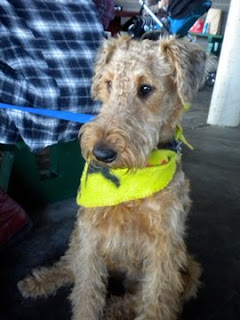 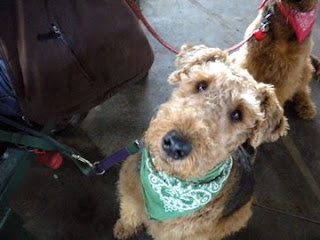 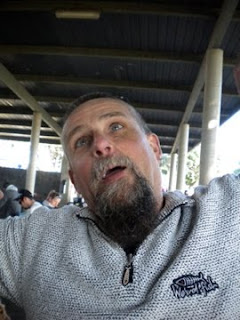 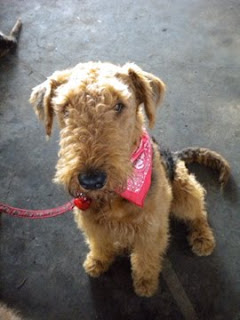 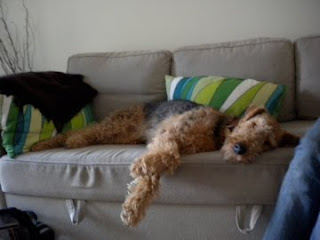 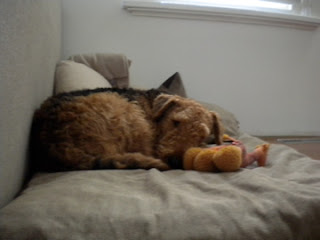 By the way, a lot of peeps have been asking about the Inky Pup. She is ok, thank you all for your concern. She is however somewhat three-legged. That fourth leggie of hers just won't function the way it used to. When she is lying down, the sick leggie often sticks up in the air. And when she gets up, she won't put any weight on it at all.
She is coming along for little walkies now but zoomies on the beach are still out of the question.
BORING.
We heard that Sunshade had a similar fate and feel now that we should be more patient. But it's been so long....
Anyway, she has just finished her course of medication so we'll be off to the vets again shortly (with that cheque book in paw) to see what's next. We'll keep you updated.
We had Max and Pekoe stay with us again for a long weekend (they sadly got picked up today), so we'll update you on that in the next post.
Bye for now.
Love,
MOLLY
Posted by Inky and Molly at 3:59 AM 16 comments:

We're the bloody hell are ya?

Gosher's it's 'only' been a month but it feels like absolute donkeys.

We are jumping back in time for a moment, as we understand we have some updating to do.
So let's start with Easter (it already feels like an eternity ago, doesn't it??).

We've had the bunny deliver some delightful droppings, but before we show you some photos, we must issue this warning:

BEWARE: these photographs were taken with the (rhymes with) "kitty" "kitty" bang bang camera and are as a good a quality as the land it came from. Pinkies bought this on a previous trip OS at the airport and thought, given the amount of money spent, it would be ok. But, sadly, NO. We look like smeary fuzzballs. 'Crapola' is the word we're thinking of. Anyway, moving right along (maybe it's just not set to "Airedale Settings")...

It came. It delivered. We found. We gazobbled. 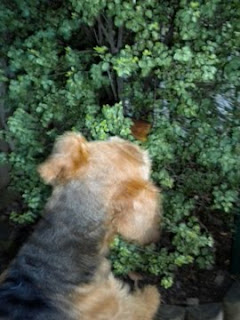 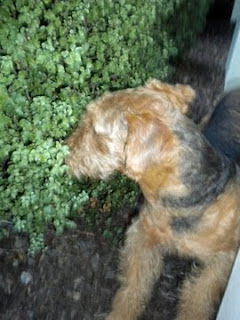 We continued the traditional annual Easter "Egg" Hunt inside... 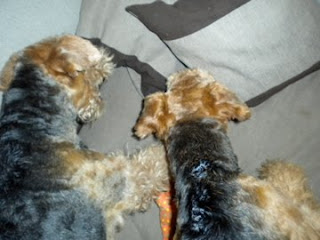 And also had a good mongrel around with our new favourite toy, Humpty Dumpty... 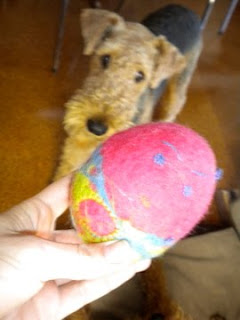 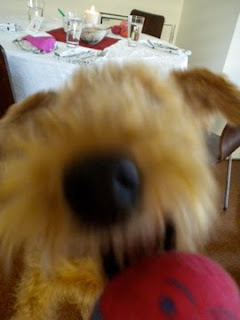 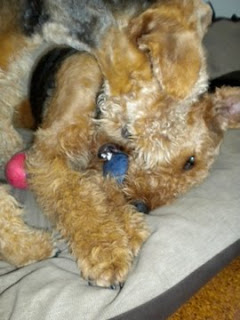 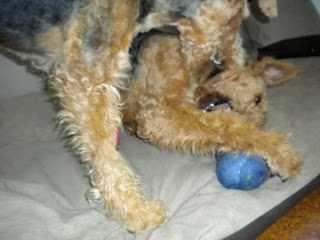 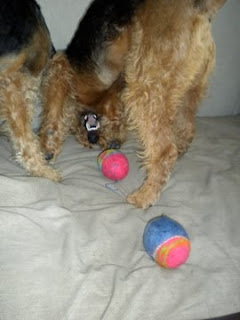 Our special friend Maggie (that's Riley's mum if you remember), she made them just for us. Isn't she clever?! She is a textile and fiber artist and she even has her own Etsy store so we think you should all visit her here. 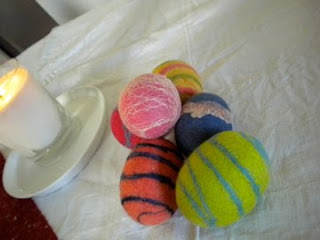 and has many other beautiful wearable pieces of art she creates.

Anyway, when the bunny (and all them delicious Easter treats) left, it was time to say goodbye. It wasn't the first time that our little family was split up but it was definitely the longest time we were going to be apart. A whole three (3!) long weeks, all on different sides of the planet.

Molly got shipped off (literally) with her seven things, including Angus, over to "the other side"... 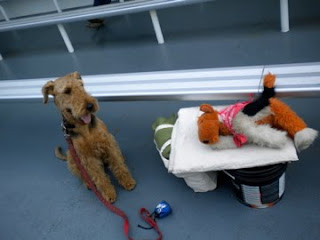 to be with THE CATS and Riles and his family, including little Bonnie Monst of course. 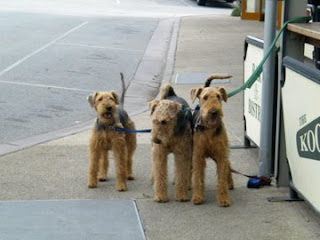 Well, with such great company, she had a ball of a time of course... 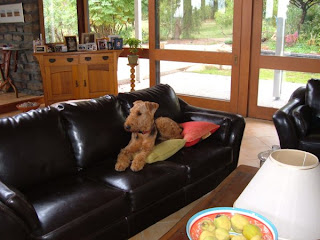 while poor ole Riles got the tiles... 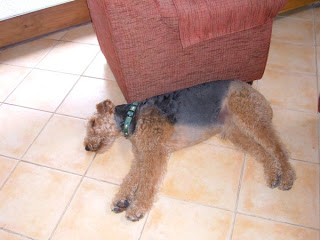 Apparently Mini Monst aka Bonnie is not allowed on the couch either so her and Angus (and some other strange fellah) snuggled up at the bottom of Miss Molls' ivory tower... 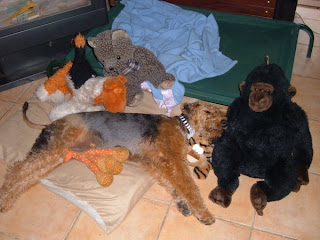 Lady Limps-a-lot (that's Inky in case you had forgotten) got carted off to Auntie Marsy to spend the time with Max and Pekoe. They also got booted off THEIR couch to accommodate the guest with the limpy limb.


Our pink people went in a completely different direction and when there were reports that they had gotten to Rainbow Bridge, we were well worried.

Turns out, there is another, totally different Rainbow Bridge out there...
So luckily, they came back!! And now the whole family is happily reunited again...

And we look forward to resuming normal blogging activity!!

Hey boys and gals. Yes, we are still alive and feel like someone needs to press the pause button so we can have some time to update you all on what's been happening. But apparently, technology hasn't come that far yet....

Next on the agenda is our annual Million Paws Walk, put on by the RSPCA, the organisation here in Oz that looks after animals. They are not government-funded so everbody has to chip in.

We kindly ask that you contribute with an amount as big as you can afford so other four leggeds, the less fortunate kind, will continue to receive support from the RSPCA.

In the name of Dog, we will be walking our little paws off again this Sunday, 16th of May.
If you are local and would like to join us please jet down to Geelong Eastern Park and meet us at the BBQ huts at 9.30am, bright and shiny, bushy nose.

You can donate by following the prompts on this website.

Lets get that cash rolling!