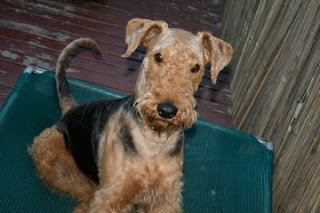 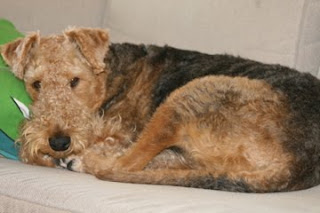 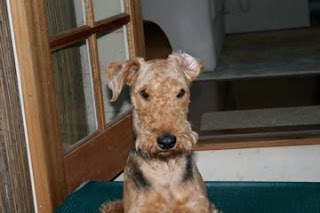 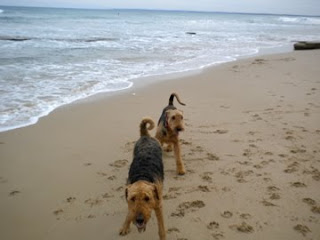 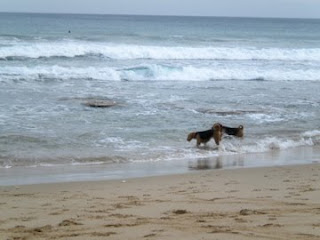 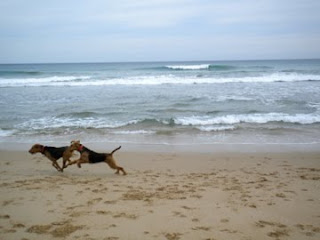 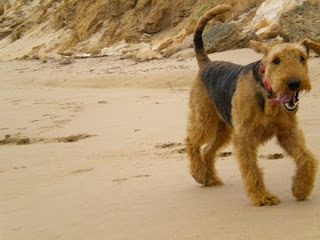 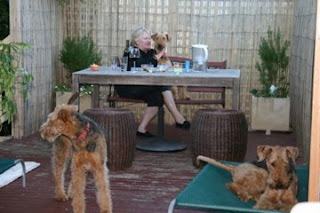 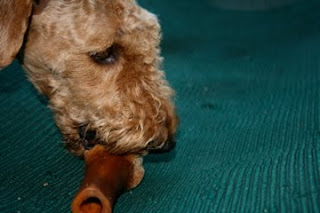 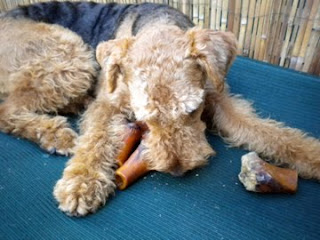 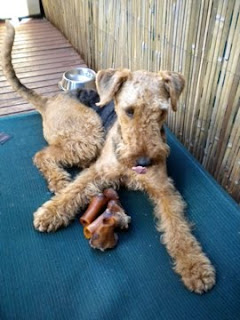 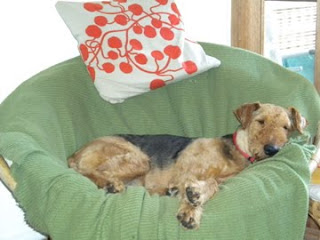 Wordless Wednesday - Our Molly on Holidays with the cats 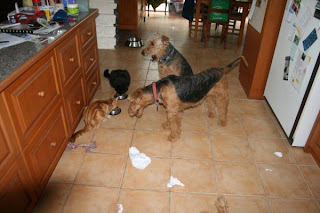 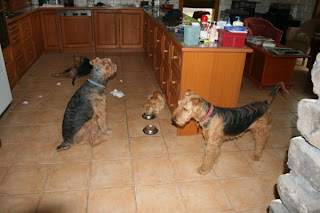 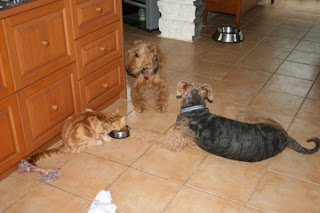 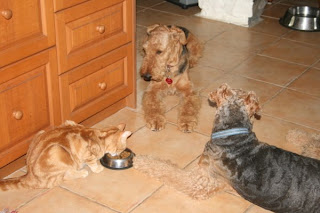 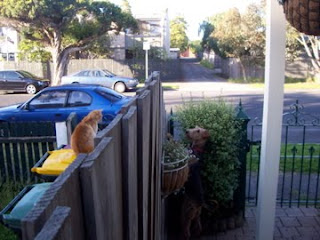 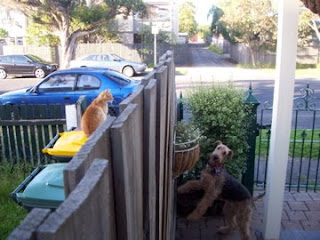 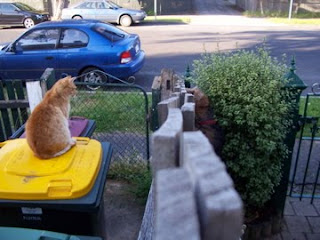 We're back. The pinkies are back. Inkypups have been returned and Mollies have been collected.
And... guess what! Pekoes, Maxes and Winnies have been added.

We are one happy family indeed. The more the merrier. Five times the fun.

You know it was Inkypup's Birthday and because the pinkies decided to leave their favourite baby behind on her special day and go off and engage in "their own fun things without us" (an oxymoron really) we took the next best opportunity to have a little party of our own.

We had a long weekend together with our posse of closest black and tan associates. And since we were in the party mood, we decided it was a good opportunity to christen mum and dad's new floor and welcome it to its new life, Airedale stylee (don't cry about the scratches, Pinkie, it was gonna happen sooner or later).

You may have heard of the Melbourne storms over the weekend. Well, we were not too far away from all that and it has been BUCKETING down. Thunder. Lightning. The works. Lots and lots and lots of rain. Who says, we're having a drought? Didn't look so droughty to us. Mongreling around. In and out. Wet paws. (Clean) gutters overflowing. Backyard turned to mud slide. In and out. 20 paws....that new floor (and the mop) have been getting a good work out (Pinkie, don't worry about it, these are material things. Main thing is, WE HAD FUN!).

Because of all the rain and crazy weather there has been some time spent indoors (biggify). 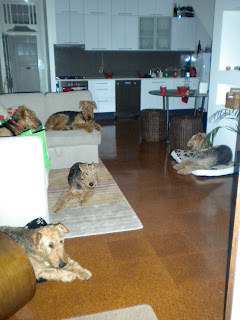 Here we all are in the (Airedale) lounge. Relaxing.

Until a familar sound and deliciously foul smell fills the room. Then we're off to go and check it out... 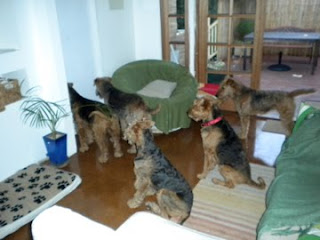 It's happening behind that door. It's the laundry. The pinkies are so uptight about their non-meaty habits that our stuff, especially the deliciously foul smelling stuff,  gets prepared in the laundry.
Pinkie would say, it has a door to protect the lackey from being attackey while prepackey the stinky treat.

Think again. As soon as she comes out....ATTACK!!! 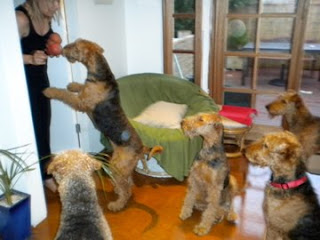 Molly on the frontline. Good Monster!

So here come the goods. 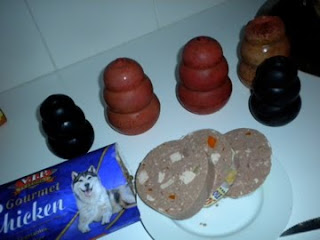 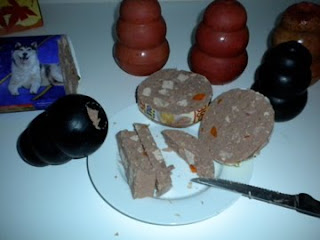 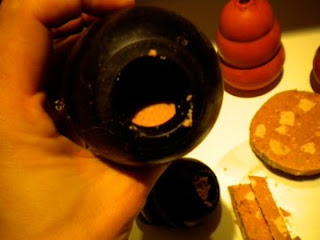 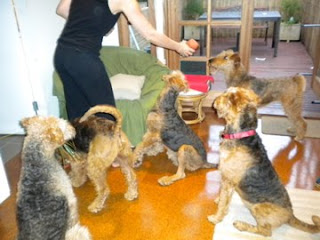 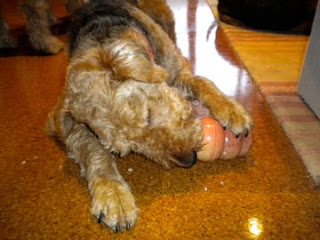 Yep, furniture got wiped down and floor got mopped again after. Freaks!